When I spent almost $5 on a sad attempt at a Snickerdoodle in Santa Monica last week, I decided to create a better version. I’m no pastry chef and I dislike following recipes precisely, but even with my sloppy measuring, these came out fantastic.

They are a little dark because I like a lot of cinnamon.

*Note this recipe contains dairy (butter) and sugar, but the butter could be substituted with Earth Balance for vegans or those sensitive to dairy. I should add that I don’t like the research on canola oil–a Canadian product co-opted by Monsanto and now a component of an infinite number of vegan products. Canola oil is part of all Earth Balance’s vegan butters. They also add things like pea protein isolate. Personally, I think in ten years we’re going to regard these highly processed vegan butters the same way we look at margarine – with disdain.

So in the meantime, I’ll just eat regular butter in very small quantities (but I fully understand this is not for everyone!)

Cream using a mixer (hand held or stand up) butter and both sugars.

If too soft and sticky, chill in freezer for 1-2 min.

Roll into 2″ balls and then roll in cinnamon sugar mixture.

Bake on parchment lined cookie sheet for 10-13 min, depending on your oven.

DO NOT OVERBAKE and these guys will come out really soft inside with just some crunchy firmness on the outside! And your entire kitchen will smell amazing!

Entrepreneur, yogini, designer, award-winning filmmaker, personal trainer and former marathon runner. She left a career in finance to start her own business and along the way, became a yoga teacher after practicing for 24 years.

Catherine Tingey+ Entrepreneur, yogini, designer, award-winning filmmaker, personal trainer and former marathon runner. She left a career in finance to start her own business and along the way, became a yoga teacher after practicing for 24 years. 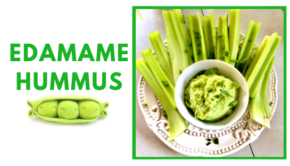